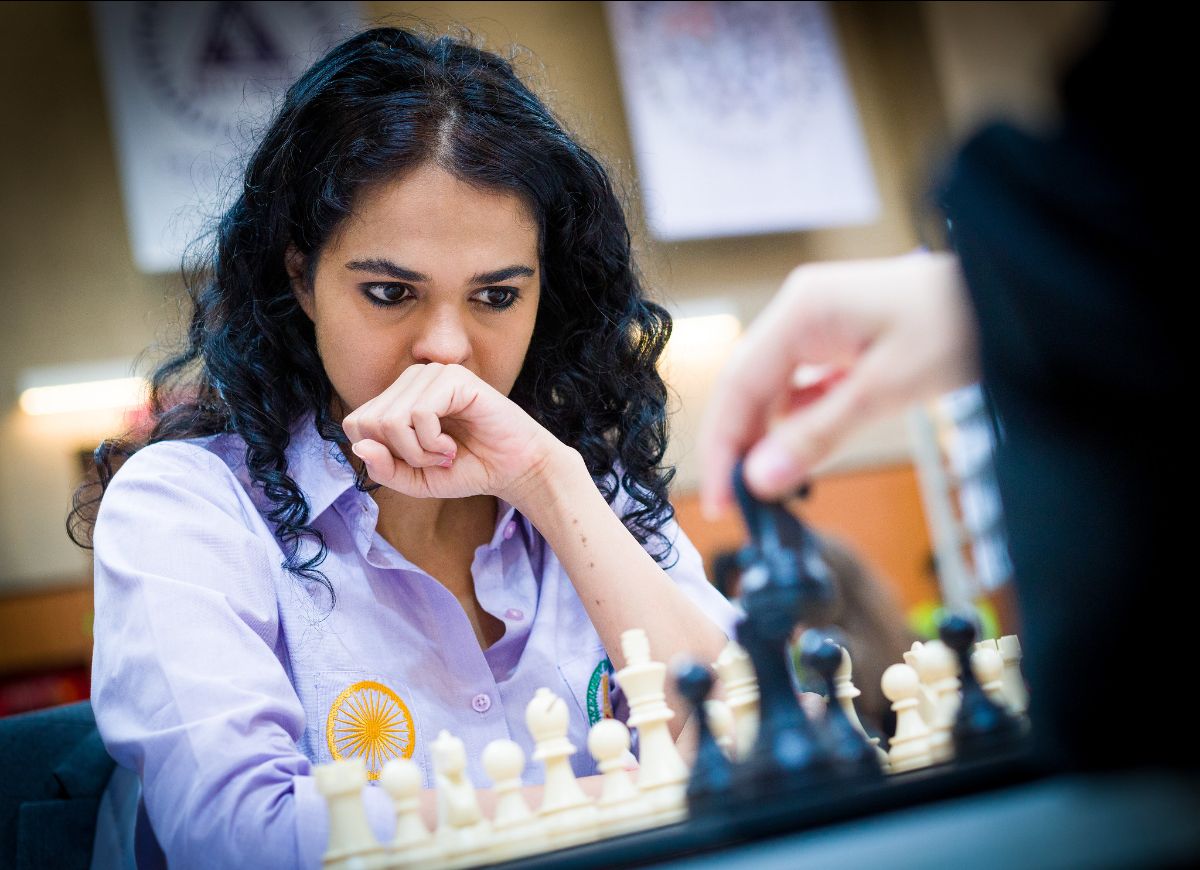 After a nightmarish ninth round, the Indian Women A Team given top billing asserted themselves to carve out a 3.5-0.5 victory against Kazakhstan in the 10th and penultimate round of the 44th Chess Olympiad which is at the concluding stages with just one more round remaining. Indian A has emerged as the sole leader with 17 points, while Poland, Georgia, Azerbaijan and Ukraine follow close behind with 16 points each.

The race for all three medals is still wide open, with the last round tomorrow promising plenty of thrill and excitement. It will be more of a battle of skill and nerve when the last 11th round will be played in the morning, with the Prize Distribution ceremony slated in the evening tomorrow at the Jawaharlal Nehru Stadium in Chennai.

In the women’s section, Georgia held Poland to a 2-2 draw while Ukraine edged past Germany with a 2.5-1.5 score. Azerbaijan thrashed Armenia 4-0 in the most one-sided Match on the top board.

WIM Oliwia Kiolbasa, after a stupendous 9/9 was held to a draw today by Lela Javakhishvili.

Koneru Humpy and Zhansaya Abdumalik battled in the Meran variation of the Queen’s Gambit Declined with Humpy always on the advantageous side and brooking no resistance to pocket the point after 55 moves.

Vaishali adopted the Grinfeld Defence against Bibisara Assaubayeva and pondered long on the 12th move before capturing her opponent’s queen for two rooks. The game however fizzled into a draw after 50 moves.

Bhakti employed the King’s Indian Defence against Guliskhan Nakhbayeva and launched a superb attack on the King-side. Guliskhan was forced to part with a bishop and eventually the game after 47 moves.

Xeniya Balabayeva employed the Semi-Slav against Tania Sachdev, and the latter managed to win pawns and pieces at will, to score the point after 31 moves. Tania has been in top form in this event and scored crucial wins for the Team and aggregated 7 points and has also maintained a clean slate.

Complete results for round 10 can be found at the official website for the Olympiad, https://chennai2022.fide.com/women-results.

Standings after round 10 can be found at
https://chennai2022.fide.com/women-standings