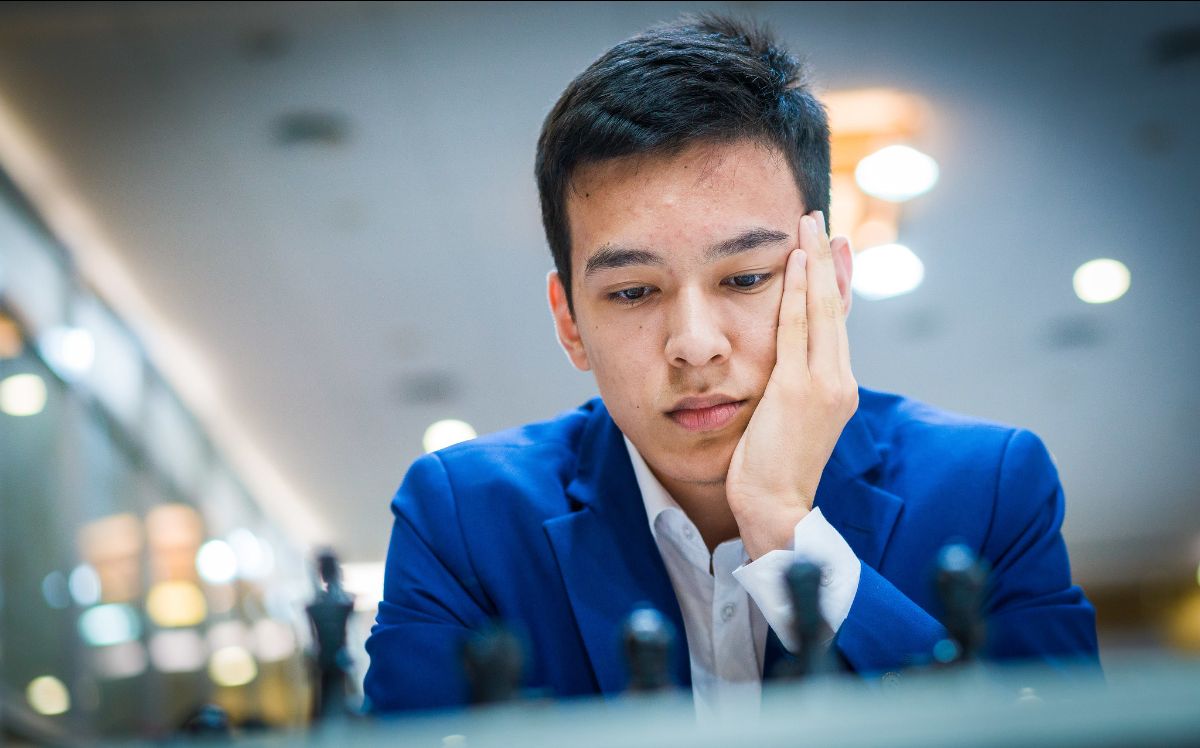 History was made in the open section of the FIDE Chess Olympiad, which came to an end this morning in Chennai, India.

Uzbekistan, one of the youngest teams on the roster, defeated rating favourites the Netherlands by 2.5-1.5, securing the gold medal.

The young Uzbek team was led by 17-year-old Nodirbek Abdusattorov, who last Christmas dethroned Magnus Carlsen as the World Rapid Chess Champion. A chess prodigy, Nodirbek was one of the youngest players ever to achieve the Grandmaster title, at the age of 13 years, 1 month, and 11 days. The young Uzbek star had an excellent performance in Chennai, scoring 7 victories (five of them consecutive), 3 draws, and only one loss.

20-year-old Nodirbek Yakubboev, 16-year-old Javokhir Sindarov, and 20-year-old Shamsiddin Vokhidov are the other three juniors in the team, that only featured one player in his late twenties: the “veteran” of the team, Jahongir Vakhidov, at 27.

This huge achievement by the young Uzbek prodigies comes just at the right moment, as Tashkent was confirmed a few days ago as the venue for the 2026 edition of the Chess Olympiad. 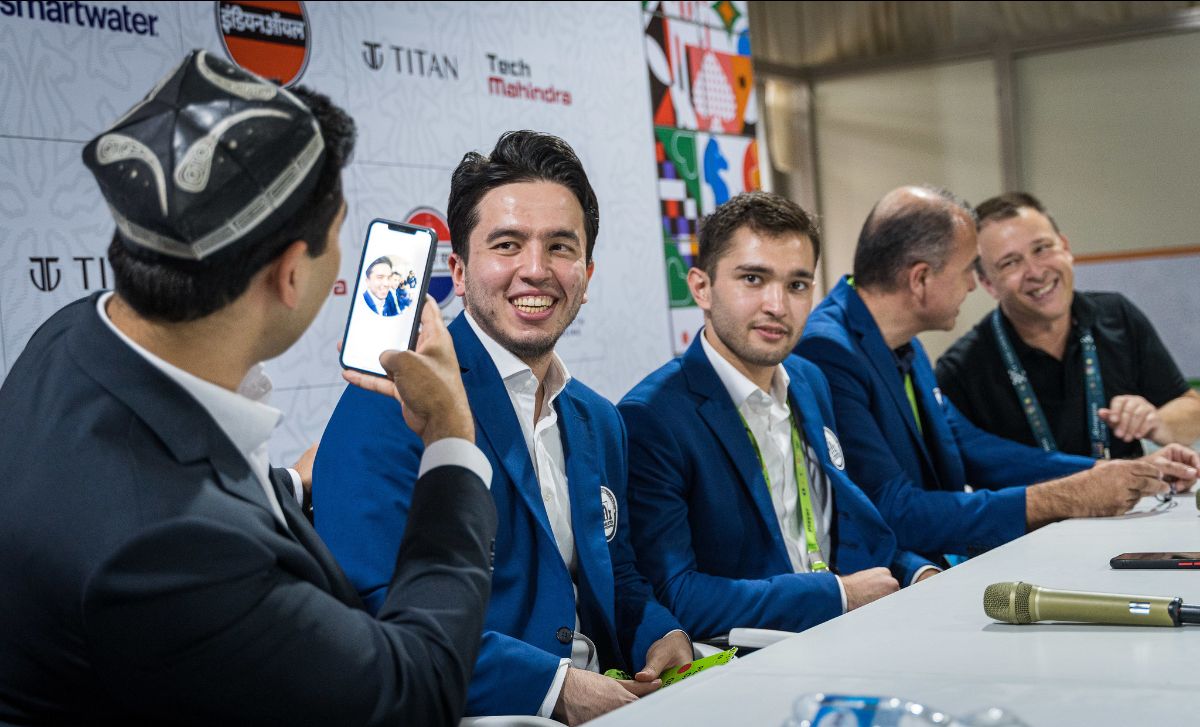 Press conference after the last round. PHOTO: Lennart Ootes

Once again, Armenia outperformed the rating expectations and, despite being the 12th seeded, got away with the silver medal.  This is a reassuring result for a team that last year lost its franchise player, Levon Aronian, who changed federations to the USA.

As the former world championship challenger Nigel Short put it, “the one immutable rule of Olympiads is that the team from Armenia is always greater than the sum of its parts”.

The Armenian squad was headed by Gabriel Sargissian on the first board, who, despite a poor start with four draws and one defeat, became the best scorer in the team during the second half of the competition: his 4 victories and 1 draw during the matches against direct rivals were one of the keys for the Armenian success. The brilliant performance of Robert Hovhannisyan on board 4 was also decisive. 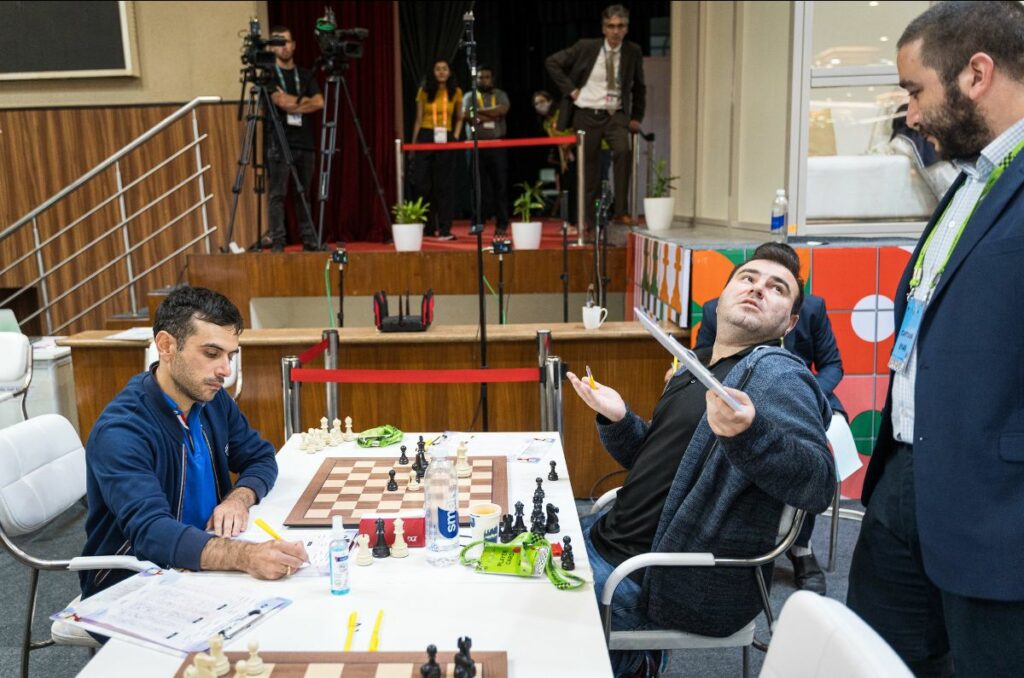 Along with the Uzbeks, the other positive surprise of the event was the excellent performance of the second Indian team, officially called “India B”, and formed by young promising stars.

Having more than one team is a privilege traditionally given to the host country, so more of their players can gain experience in the international arena.

However, it is the first time that two teams from the same country ended up in contention for the medals and, in fact, India B managed to outpace their seniors by one point in the standings and snatched the bronze medal, relegating the “main” Indian team to the fourth position.

Especially remarkable was the performance of 16-year-old Guskesh D, who made headlines all over the world when he chained 8 consecutive victories in the 8 first rounds. However, a tragedy struck in the decisive clash against the Uzbeks, in the 10th round: despite having a favourable position during most of the game, towards the end Gukesh lost the thread and blundered, losing on the spot. This result gave the match victory to the Uzbeks, and this proved decisive for the final result in the Olympiad. 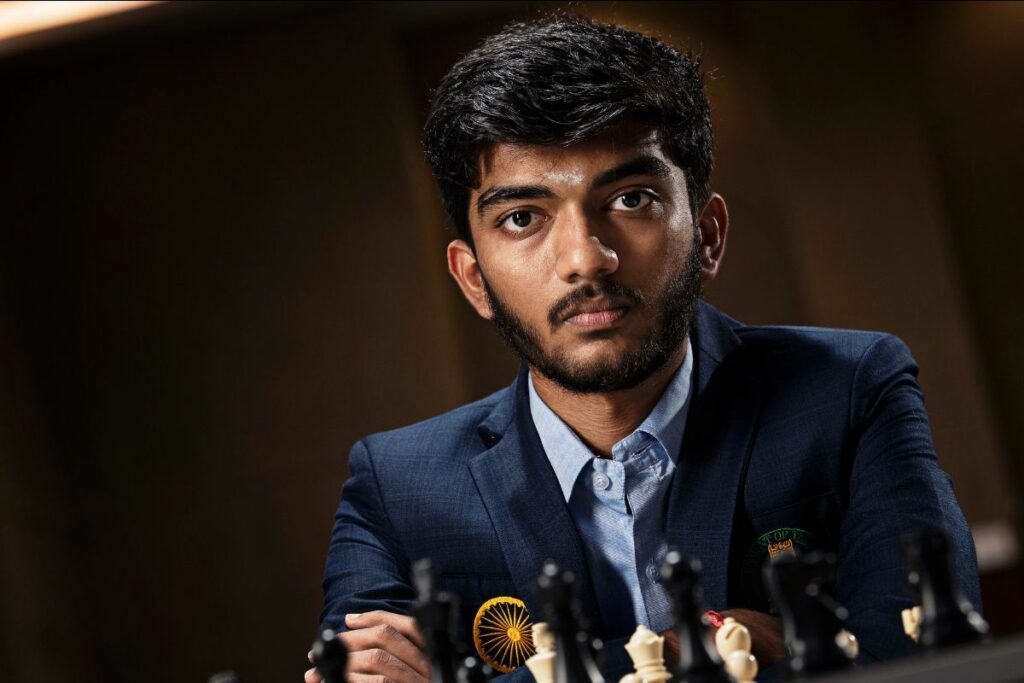 Gukesh was one of the stars of the Olympiad. PHOTO: Stev Bonhage

Probably the biggest disappointment of the Olympiad was the performance of the USA team, which could only be fifth.

In the absence of Russia and China, the Americans seemed the obvious favourite to win the gold. Being the top-seeded, their average rating of their players was an astonishing 2771, well ahead of India A (2696), Norway (2692) and Spain (2687). In view of these figures, not getting any medal at all seemed just unthinkable.

However, with Fabiano Caruana suffering three losses and Levon Aronian scoring only one victory, the tournament favourites struggled to keep pace with the other top teams.

On the other hand, the biggest overachievers of the Olympiad was the Moldovan team, seeded 48th in the starting list, without one single player above 2500. But Schitcho, Macovei, Hamitevici, Baltag and Ceres, all scored above expectations, obtaining a historical result for their country.

Cuba, 19th, and Peru, 24th, were the best teams from Latin America, while Egypt, 36th, and Tunisia, 41st, were once again the top African teams.

Complete final standings, including team and individual performances,can be found at the official website for the Olympiad:
https://chennai2022.fide.com/open-standings.

Complete results for round 11 can be found at the official website for the Olympiad, https://chennai2022.fide.com/open-results.

For any other information, please visit the tournament website, http://chennai2022.fide.com.